Dancehall artiste Vybz Kartel wished a Happy Mother’s day to the mother of one of his children, Sherika Todd and caused quite a stir with some of his fans who could not get over her resemblance to R&B superstar Rihanna at first glance.

One fan said: “Me swear a Rihanna, she look nice yasso bad,” another added “I thought that was riri”. This fan also couldn’t believe the resemblance: “Nuh Rihanna!?”. Another fan said, “She looks like Rihanna… but more of Thickiana“. Many of the comments are along the same vein and the post has been liked over 20,000 times. 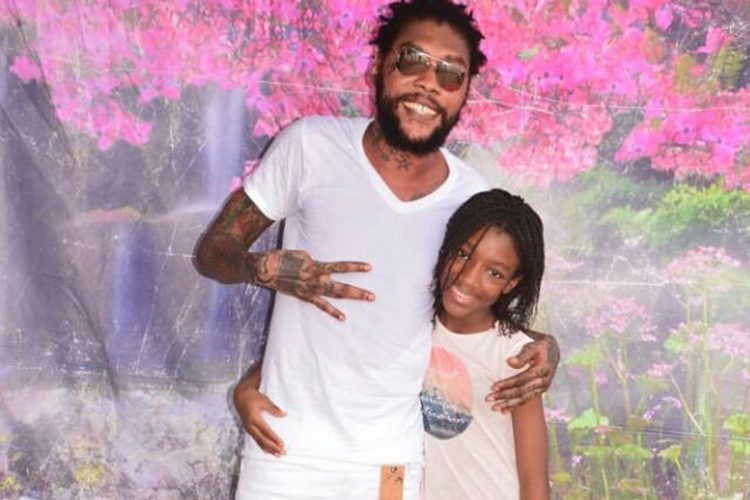 Todd is an entrepreneur who owns a fashion store called Sherika’s Off The Rack. She and Kartel ended their four-year relationship after a very messy break up in 2007. Todd, who is the mother of Vybz Kartel’s daughter, (Adi’anna) claimed in 2007 that she couldn’t deal with Kartel’s threats and abuse before ending the relationship.

She was so scared at the time that she made a formal report to the police in Runaway Bay. “I made the report Monday of this week and I called them (the police) this morning again because he (Kartel) sent me another text saying he’s on his way, obviously to my house and he has no reason to come here, he knows that much,” Todd said according to a report in the Jamaica Star in November 2007.

She continued: “everything has been on and off, we argue every now and then and I told him that I don’t want us to be together anymore and that’s when he started to threaten me that he was not going to take care of the child and like him goin kill mi, cause him a sey me know wa him capable of, cause mi deh roun him long enough.”

Sherika Todd
She also said that all she wanted was for Kartel to take care of his child, but she wanted nothing else to do with him.

It’s not clear if they’ve since mended their relationship but it seems that Vybz Kartel at least wants to be cordial with her maybe for the sake of their beautiful daughter.