Dancehall artiste Vybz Kartel has announced that his second album this year, Of Dons & Divas, will be released on June 26th. Kartel previously said the project would arrive before the end of June, but now fans have an exact date.

The Worl’ Boss made the announcement via his Instagram account and also teased his fans saying: “Half now half later ?” before tagging several of the artistes and producers, who will be appearing in the album like Squash, Skillibeng and Tommy Lee Sparta.

Kartel also partially shared new cover art, which was designed by Donz Designs. Some fans questioned whether the cover art for the album had changed, but it appears the new cover art is for the “Divas” half of the album. 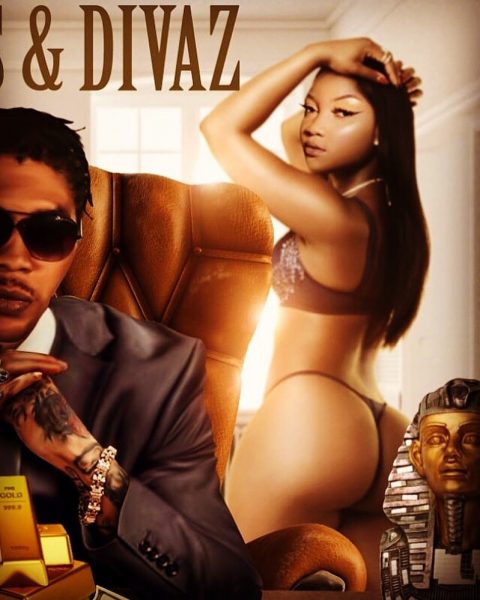 Of Dons & Divas
The feature-packed project is hugely anticipated and will include 16 tracks.

Recently Kartel has claimed that To Tanesha grossed over J$73 million, since its release four months ago. He made the comment after defending his music on Onstage TV which had debuted a new song, About Us, from the convicted artiste on Saturday (May 16). In responding to critics he said: “Me just sell gold certified by the RIAA in America. Only sh-t house boasty slaves chat outta unuh b-tty. Me make 73 million Jamaican off a di album this far and Fever soon reach platinum. And like I always to say, my kids are living like stars. How are your kids doing?”

If Kartel’s claim is to be believed, Of Dons & Divas may gross even more than that as there are many interesting features on the project which includes Spice, Squash, TeeJay and Kartel’s sons Likkle Addi and Likkle Vybz.

The post which was made early this morning (May 21) has already got over 7000 likes as fans express their excitement at its release. One of the first persons to respond to the post was Lisa Hyper who said: “Caan wait”.

Fans were also divided about whether they wanted half the album now and the next half on the release date. A lot of fans agreed that the album should be released in its entirety, like this fan who said: “@vybzkartel noooo half we want it full,” and this fan who added: “Mi cravin mi nuh like nothing half.”

Other fans urged him to just drop the album now; while others said it didn’t matter when because it was sure to scorch the charts.

“Can’t wait for the release. Can just imagine how you ensuring everything is perfect,” this fan said and this one added: “Worldboss Stands alone. G.O.A.T in any genre of music.”

Judging by the response to the post, the GAZA nation is pumped to hear what the Worl’ Boss has come up with.