It was a sombre mood at the Jamaica Labour Party headquarters on Tuesday morning as members of the public turned out to pay their respects to the late Minister of Labour and Social Security, Shahine Robinson.

Robinson, who served as Member of Parliament for North East St Ann, died on May 29 after a battle with cancer. She was 66 years old.

The third and final day for public viewing of Robinson’s closed casket on Tuesday saw her Cabinet colleagues, led by Prime Minister Andrew Holness, and other senior members of the JLP turn out in droves to the party’s Belmont Road, St Andrew headquarters to pay their respects to the late politician.

A condolence book was also signed by persons paying their respect to Robinson.

Information on the funeral arrangements for the veteran politician are to be released at a later date.

Robinson represented the constituency of North East St Ann for 19 years until her death. 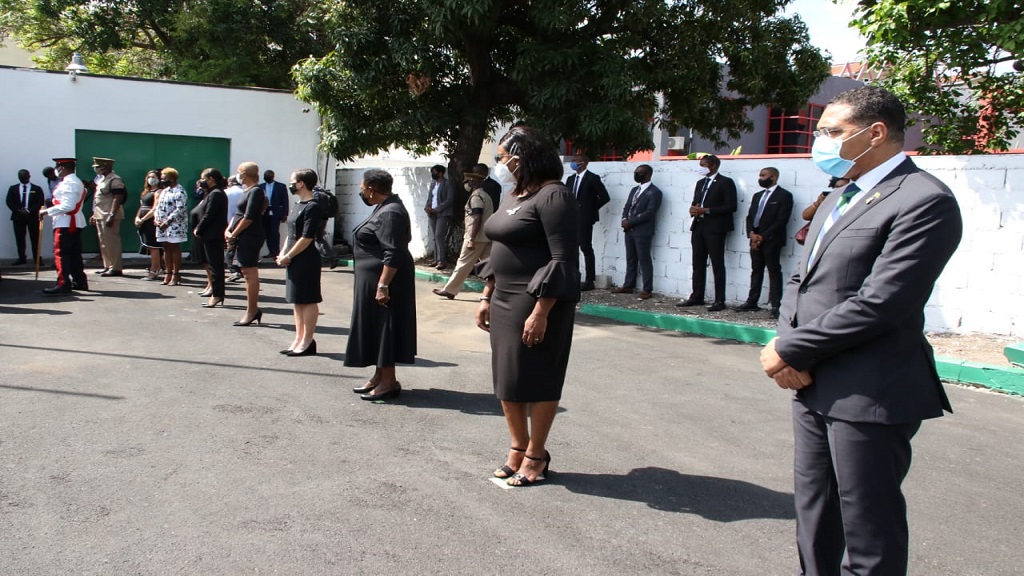 Holness and his Cabinet ministers maintain social distancing while awaiting the arrival of the casket bearing Robinson’s remains.

Before her successful foray into representational politics, Robinson worked in the banking and tourism fields.

She came to national prominence in 2001 when she snatched the North East St Ann seat for the JLP following the resignation of the People’s National Party’s (PNP) then Member of Parliament (MP) for the constituency, Danny Melville, from Parliament. Since that time, Robinson has not lost the seat. 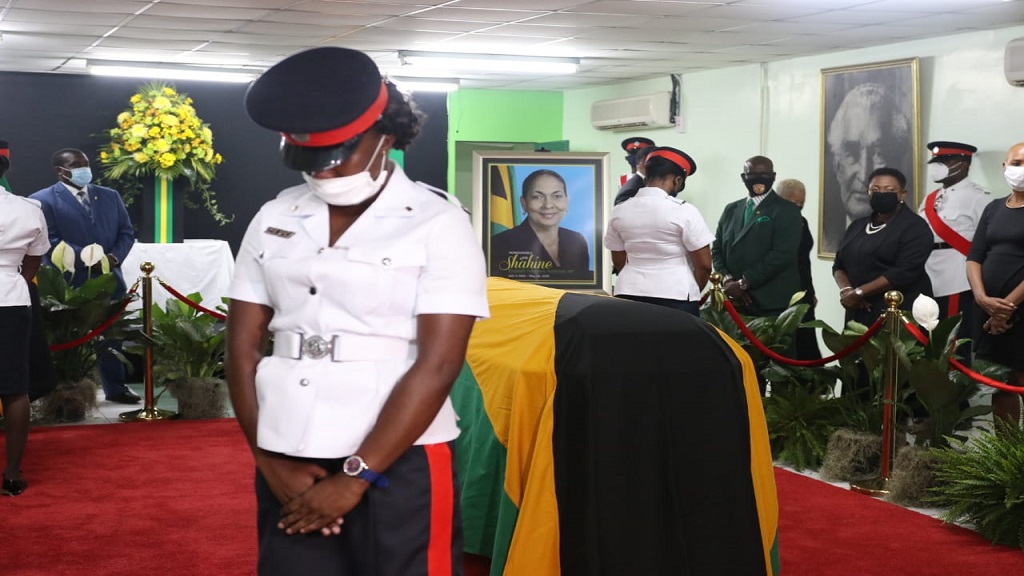 Members of the police force stand guard at the casket inside the JLP’s Belmont Road headquarters as several senior party members look on.

She previously served as Minister of State in the Office of the Prime Minister; and Minister without Portfolio with responsibility for the Ministry of Transport and Works (2011).

Robinson was appointed Minister of Labour and Social Security in March 2016, following the JLP winning the general elections that were held a month before.

Businesswoman shot dead while trying to defend family from gunmen

Businesswoman shot dead while trying to defend family from gunmen