Two policemen are dead and two others are in hospital, with at least one – a senior officer – in serious, life-threatening condition following an early morning attack by criminals in Spanish Town, St Catherine on Friday.

Reports are that a police team from the St Catherine North division went to a premises in a Spanish Town community at about 5am on an operation, and came under heavy gunfire from inside the premises.

Further reports are that four of the policemen were shot and injured in the shooting.

They were rushed to a medical facility, where two of the policemen were pronounced dead. 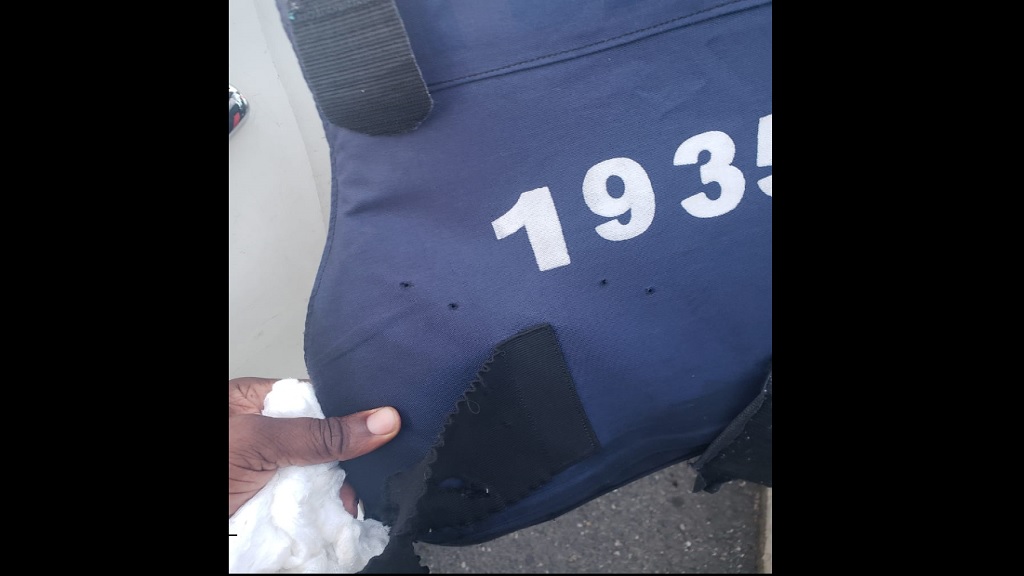 The front of a police bullet-proof vest with gunshot piercings from the fatal Friday morning attack on cops in Spanish Town, St Catherine.

A police team that was responding to a call for assistance from the officers who were under attack also experienced misfortune when the unit in which they were travelling crashed on Old Harbour Road in St Catherine. 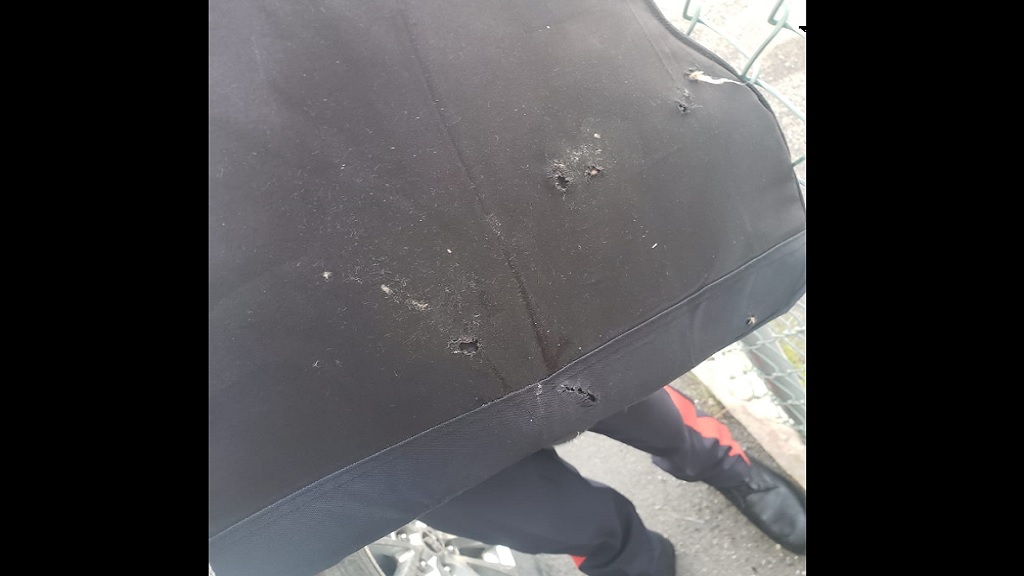 The back of a police bullet-proof vest with gunshot piercings from the fatal attack on cops in Spanish Town, St Catherine on Friday morning.