The Caribbean Community and its diaspora were sent into to shock nearly a week ago when comedian, Majah Hype, was accused of abusing his estranged wife. Things have taken a sharp left since then, with Majah Hype taking to Instagram LIVE to address the matter with his “receipts.” During a tear-filled session, Majah alleged that his wife was cheating on him. He also had numerous images of different male genitals, which he confiscated from his wife’s phone to prove it. For many persons, the matter has reopened the painful memories of abuse they have received at the hands and/or tongues of their spouses.

Spice’s ex-fiance’ and the father of her two kids, Nicholas Lall, has now come forward to support Majah Hype during this dark time while expressing that he too has faced abuse from a former spouse.

“Always remember every great man down fall is always a woman but always remember this man a king Inna Earth stay strong I STAND WITH YOU,” he wrote in a lengthy post to his Instagram.

“The world is bashing this man every one is saying he’s a abuser,a woman beater no one is taking the time out to see the pain that he’s going through, mental and verbal abuse is twice as bad as physical abuse I can relate to most things he’s facing but not every man is strong enough to walk,” he wrote alongside an image of the comedian. 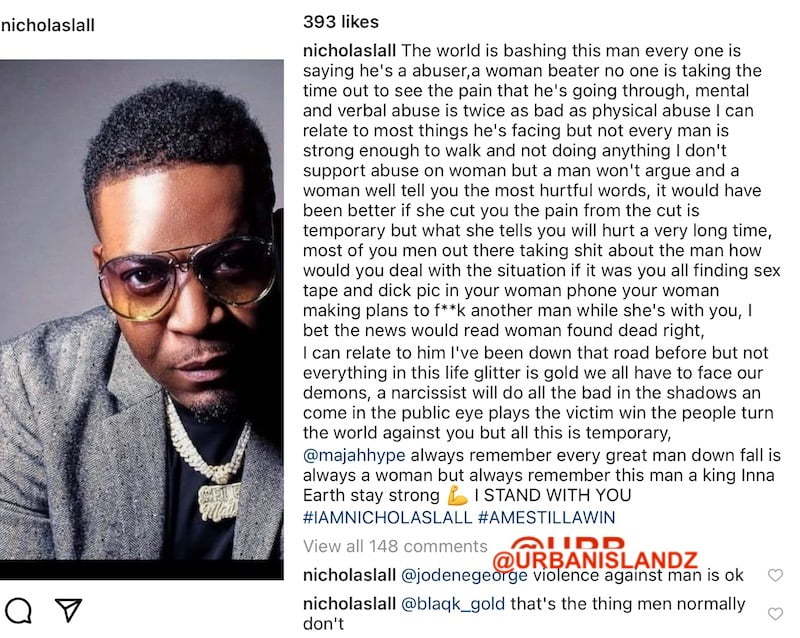 Lall then posed a question to the males currently bashing the comedian, which asked how differently they would have handled the situation if they found out their lady had cheated multiple times. He also reiterated a point shared by many persons since the story broke.

“Not everything in this life glitter is gold we all have to face our demons,” he preached. “A narcissist will do all the bad in the shadows an come in the public eye plays the victim win the people turn the world against you.”

A day before he had concluded that Majah Hype’s situation is far worst than what he has faced, presumably taken from his experience with Spice.

“Just when I thought my life was hard and I’m facing the worst majah hype show me that I have it good,I always stay true to my self always strong it could be worst,” he wrote along with a couple of suggestive hashtags. 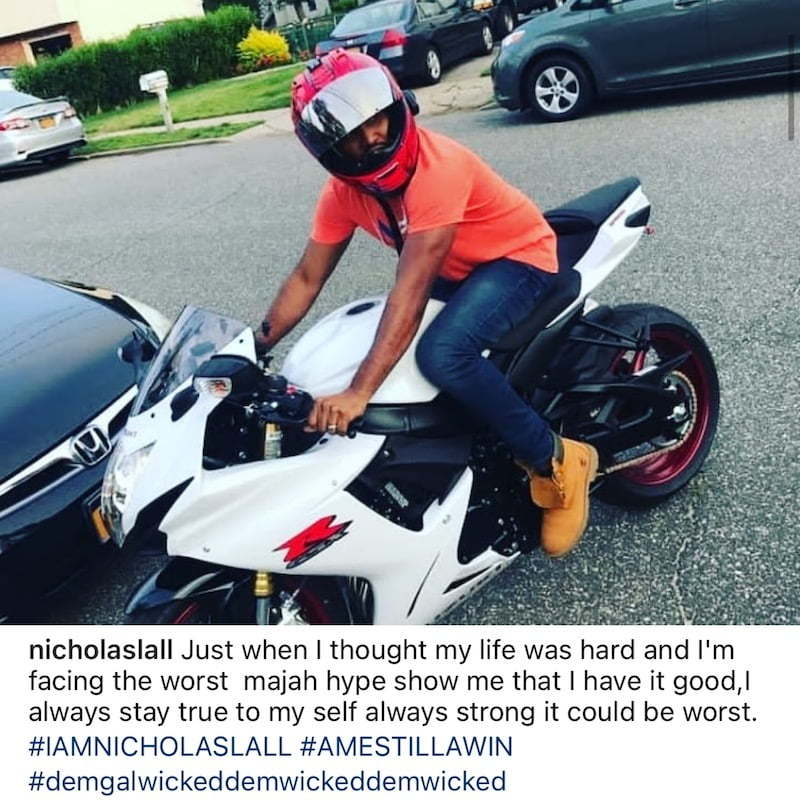 Spice and Nicholas Lall regularly contest each other on social media. Their last blowout centered around Lall not providing enough to support his kids’ back to school expenses.