Samsung is already working on the Galaxy S11 lineup, and the latest reports give us more info about the front and the back of the smartphones. According to the Korean Intellectual Property Office, the manufacturer has trademarked the SAMOLED moniker in the Smartphone Displays category, meaning the panel of the S flagship will once again change its name.

In a separate leak, a well-trusted leakster on Twitter revealed the phone will be offered in Black, Grey, and Blue colors, while the cheaper and smaller variant, the Galaxy S11e, will come in Blue, Grey, and Pink. 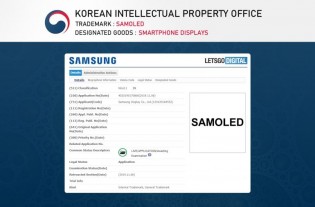 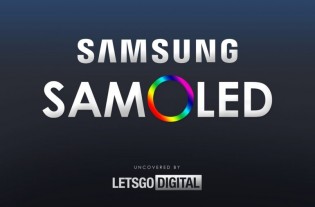 Snippet of the patent documents • Mock visualisation of the SAMOLED logo

When Samsung introduced the Galaxy S10, it came with a Dynamic AMOLED screen which is an OLED panel with HDR10+ support and some super high pixel density at 526 ppi. The new moniker SAMOLED is clearly a portmanteau of Samsung and OLED, but it shouldn’t be confused with the Super AMOLED (also a Samsung trademark).

We expect to see more improvements of the Infinity-O screen, which may or may not include a higher refresh rate. 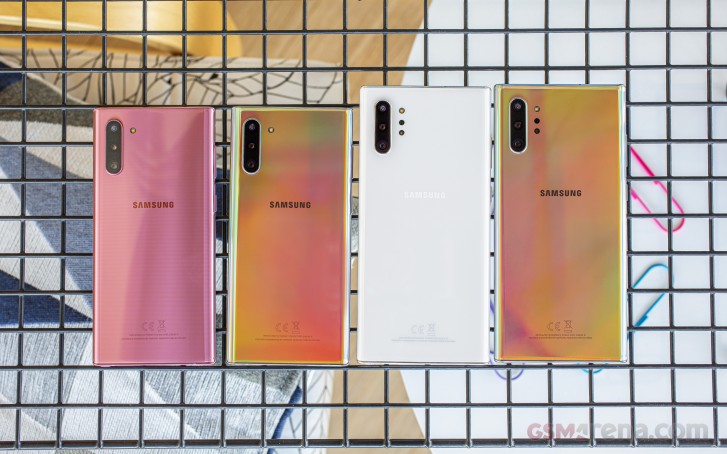 Looking back at the paint jobs rumor, the leakster also says the Galaxy S10 Lite will be available in Black, Blue, and White, while the Galaxy Note 10 Lite should come in Red, Silver, and Black models. There are apparently new Galaxy Buds on the way as well and will come in Blue and Pink as an addition to the traditional Black or White colors.

Although Samsung hasn’t done a lite/mini spin-off of its flagship lineup for half a decade, such variants started appearing on multiple websites with more and more people swearing in them, so chances of them appearing soon are increasing.