National footballer Darren Mattocks was involved in a three-vehicle crash at the intersection of Shortwood and Constant Spring roads in St Andrew on Wednesday night.

It is understood that minutes after 10pm, Mattocks was driving his BMW X6 along Constant Spring Road towards Dunrobin Avenue when the vehicle collided with a Honda Stream motor car near the stoplight at the Shortwood Road intersection. 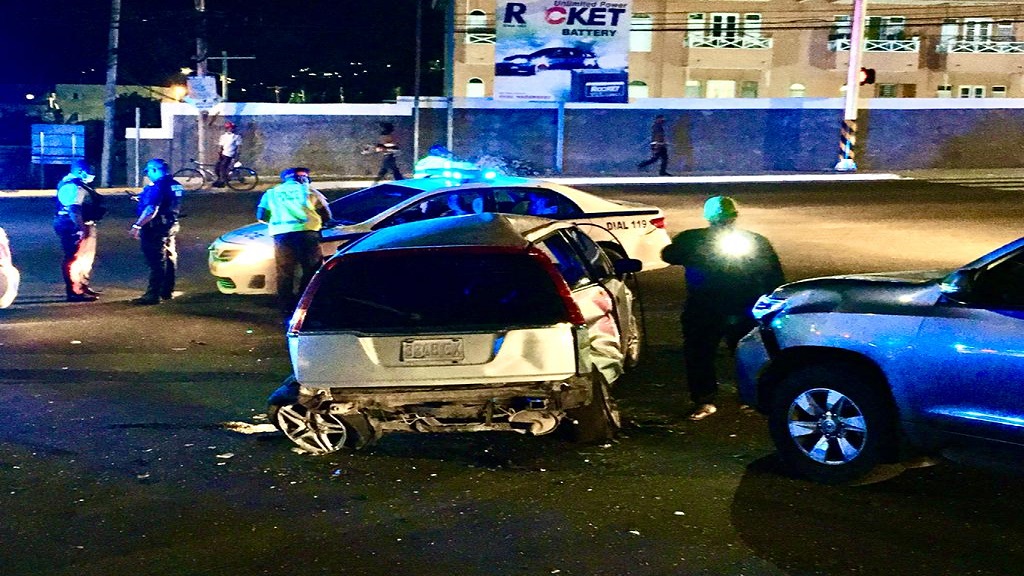 Police gather information at the scene of the crash.

The condition of the injured driver was unknown up to publication time.

Mattocks has scored 18 times in 50 internationals for the Reggae Boyz.

Video: Fadagad friends Reportedly Revenge his Killing in this Shooting