The bight spark, Ashleigh McGregor, daughter of Senior Superintendent Steve McGregor, one of the most respected officers of the Jamaica Constabulary Force (JCF), is being hailed by not only her peers, but Jamaicans on a whole, for sticking to her dreams and making her countrymen and family proud.

Ashleigh in a recent interview, was more than excited to speak about her journey and how her father stood by her side and played a major role in helping her to reach her goals, especially at a time when chaos continues to reign all over the world as a result of the coronavirus (COVID-19) pandemic.

“I feel very proud of my achievements knowing all that my father had to do for me. I am just so happy to have graduated with honours and making the dean’s list each semester for the past four years, which required so much effort,” the young scholar said.

She also spoke about how her earlier years of attending Campion College in Jamaica helped to prepare her for the University of Tampa experience.

“Attending such a competitive high school definitely made me feel prepared enough to then comfortably move on to a competitive tertiary institution. It required hard work to excel at Campion, and even more effort was necessary to excel within a larger student body at the university. Therefore, it was less of a transition in terms of how hard I had to work,” said the young McGregor.

She also spoke about how the news of COVID-19 and the problems that it was causing across the world affected her preparations to reach the goal that she had for years been working towards. 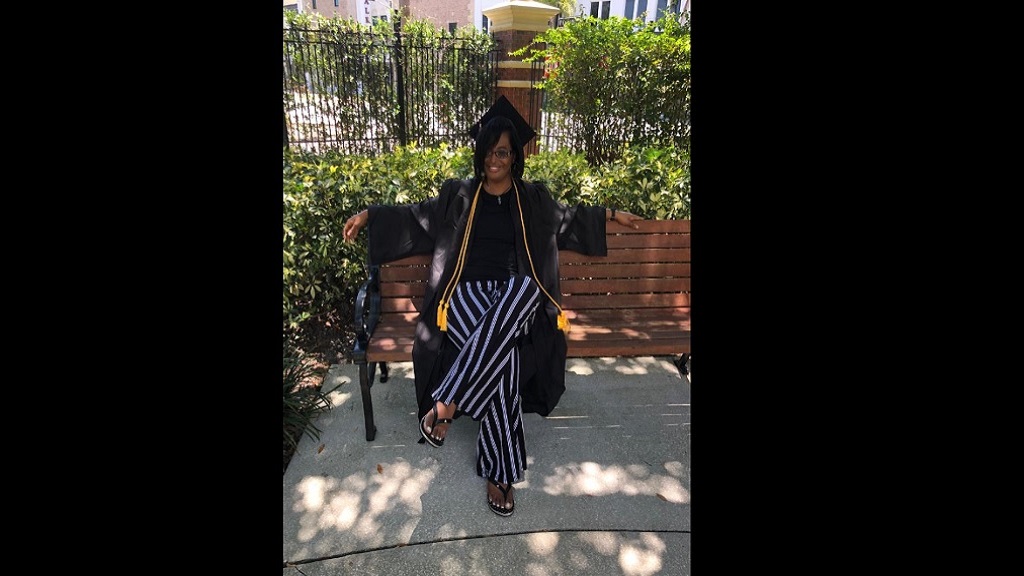 Ashleigh said her experience at Campion College prepared her well for university.

“I heard about COVID during my spring break around the first or second week of March. At my on-campus job, my manager reached out to all the employees, saying that we would have to increase the cleaning of the gym and all the equipment, but also to be prepared to close indefinitely should the virus worsen.

Ashleigh said in her initial reaction, she was disappointed that she had to place several plans on hold, but despite the setbacks, she was able to push through.

She also spoke about her school’s approach to COVID, and how the whole development made her feel.

“The school’s approach was to close most of the facilities on campus, like the library, gym, bookstore and most of the dining halls, except one. They also moved classes online. Students had the choice of leaving, but the residence halls were still open for those who didn’t want to, or couldn’t leave.  I appreciated the school having a dining option available and still having the dorms left open for students who couldn’t travel, especially for international students who had home countries that were not allowing incoming passengers. This was the case for Jamaica, so I couldn’t come home,” said the recent graduate.

Ashleigh said in spite of the challenges, the transition process went smoothly for the classes she was taking.

“My professors were willing to help in any way they could. They made themselves available to meet with them (the students) one-on-one over Zoom if we needed help understanding the material. They also recorded themselves giving the lectures and explaining the contents in videos. This surprisingly worked out well for me, even though I prefer to learn in-person in an actual classroom.”

In spite of all of that, she adjusted. 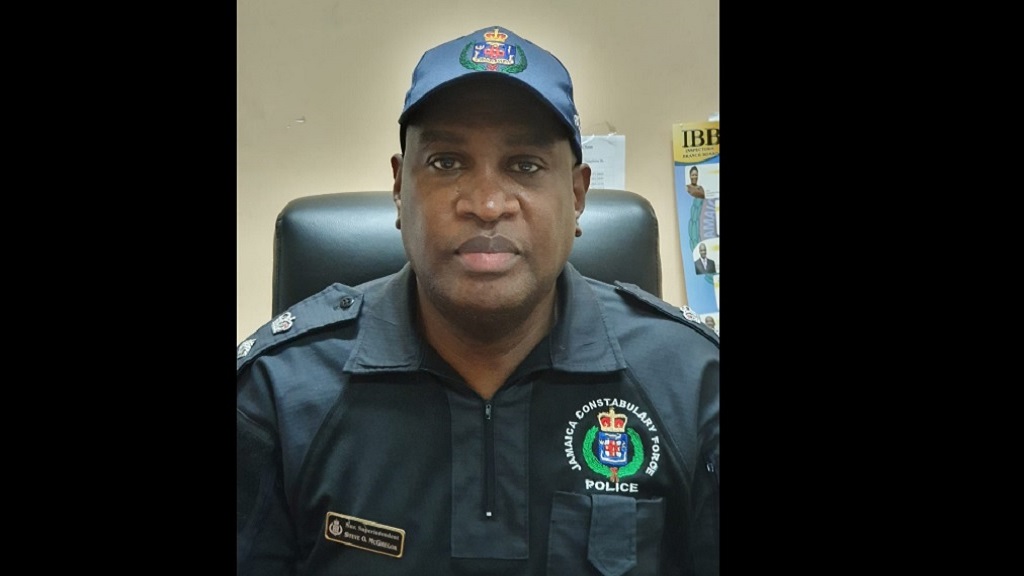 Steve McGregor… I am really proud of what she has done.

“Although I was no longer able to interact with my classmates in the traditional sense, I was still able to connect with them online through discussion boards and blog posts. It might not have been the sense of community I was used to, but it worked out for me,” said Ashleigh.

“It was an emotional experience. Because the school had to close abruptly, I didn’t have the chance to have a proper farewell with my friends and co-workers. Talking to them over the phone isn’t the same as having a shift together at work or grabbing lunch between classes.

“I told most of them bye when we went on spring break vacation, but I wouldn’t have expected that that goodbye was our last.

“I had so many plans to spend more time with them and have a proper send-off, to move out of the dorms together and so on,” outlined Ashleigh.

With a large part of the struggle now over, Ashleigh reflected on how she felt at not having a graduation ceremony as was initially planned.

“I was so heartbroken. It felt like such a waste of four years to not have this grand ceremony where I could celebrate this achievement with family and friends. Especially after investing so much time, money and other resources into getting this degree, I felt that the whole experience was pointless if I didn’t get my fancy and extravagant ceremony,” said the now certified criminologist.

As a substitute, a virtual ceremony was held.

Ashley also spoke of that experience.

“I believe it could have been better. It was around 30-45 minutes. I think the graduates’ names could have been read aloud individually. The school had more than enough time, but seemed to be rushing it. I felt that reading each graduate’s name and his/her degree was the least the school could have done,” said Ashleigh.

But she has come to temper her disappointment about the ceremony in view of the existing global realities.

“It’s been quite an emotional rollercoaster over the past few months, but given the extreme circumstances we were given, I ultimately understand that it was the best that could have been done,” she said

So with her studies now out of the way for now, the question was asked:  what’s next for Ashleigh?

“I am presently with my grandmother, my dad’s mother, in Florida. I will then discuss the prospects with my family and decide if the next leg of my future development will be in Jamaica, the US or anywhere else for that matter. Ultimately, whatever.”

She said whatever decision emerges will “be in my best interest. Secondly, it will be to make my parents even more proud of me, and thirdly, I will be promoting the best interests of my homeland, Jamaica.”

With an air of confidence, Ashleigh said with the sky being now the limit for her, “my future seems to be bright”.

In the meantime, proud dad Steve told Loop News that his daughter’s achievement was the product of hard work and dedication.

“She is the youngest of my four children and I am really proud of what she has done,” said the senior cop.

He said his only disappointment was his inability to travel overseas for the graduation ceremony due to the coronavirus crisis.

“I was prepared to attend the graduation, bought my ticket to go overseas and had even taken my leave from work, but all of that had to be placed on hold because of the COVID-19 pandemic,” he told Loop News.

The senior superintendent also used the opportunity to advise parents that it is important that they share a bond with their children, listen to them and not be afraid to hear their views.

He said, with this approach, children and parents will be able to form better relationships.