A large contingent of police, including senior officers, is now on the scene of a shooting incident on Keats Avenue, Duhaney Park in St Andrew, where a police corporal shot and injured his son during a domestic dispute involving his estranged wife.

Residents of Keats Avenue told Loop News that they heard quarrelling coming from the dwelling followed by a loud explosion Wednesday morning.

“We hear when the sister shout out say Junior (her brother) get shot. Call the ambulance,” one neighbor told our news team. 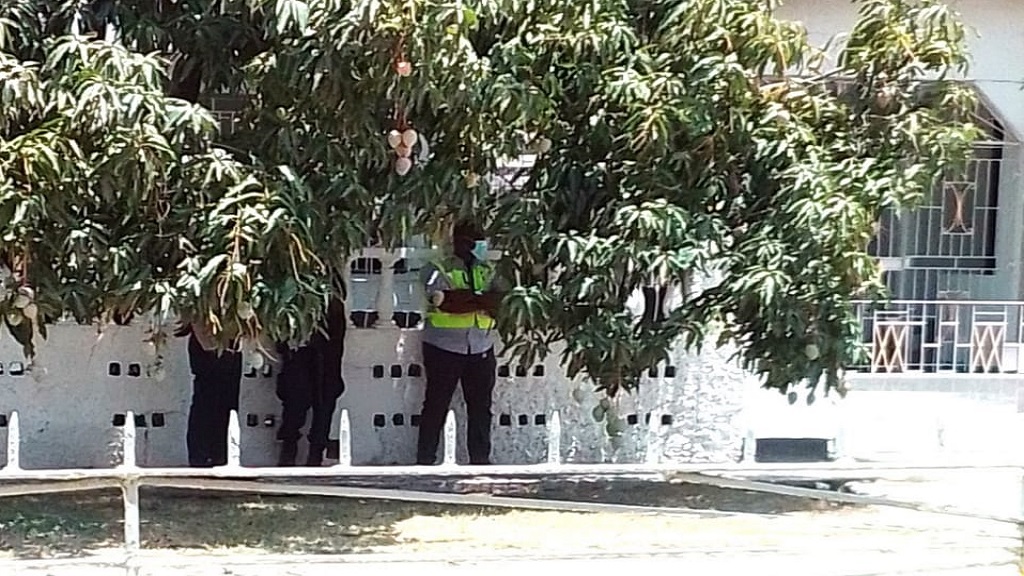 Cops sheltering under a mango tree while others are in a yard along Keats Avenue in Duhaney Park, St Andrew, where a policeman shot his son on Wednesday.

But, it was the father who reportedly rushed the young man to hospital. The extent of his injuries is not known at this time and it is not known whether the policeman is in custody.

Unconfirmed reports are that the wife was also shot in the incident.

Independent Commission of Investigations personnel are now on the scene.

Just last week the owner of a meat and wholesale establishment on Gordon Town Road, St Andrew, Delton Knight, shot and killed his 38-year-old son Ruel, during a reported argument at the location where they both worked.

Knight, 64, has since been charged with murder.