Home Tech Leaving WhatsApp? Here are 6 alternatives to consider in 2021

With WhatsApp’s revamp of its privacy policy triggering backlash from users across the globe, many persons are now considering new messaging apps to communicate.

WhatsApp alerted users to the controversial change to its privacy policy via an in-app notification which asks them to agree to share personal data, including their phone number and IP address, with its parent company, Facebook.

Against that background, social media users, including those in the Caribbean, are on the hunt to find the perfect messaging app to switch to that ensures more privacy-focused services.

Consequently, there is a global trend of regional messaging apps offering ‘messaging and more’ competing with Whatsapp that has more than two billion users worldwide. These apps, such as BiP, Telegram and Signal, which offer games, localised stickers, video calls and a host of other features, are gaining traction especially over the last week.

For those users searching for an escape from an ultimatum that forces them to share their private data, here is a list of some of the social media messaging alternatives in 2021.

Hot on the scene of messaging alternatives for 2021 is BiP messenger which provides users with a free, secure and entertaining environment for all your one-to-one and group messaging.

According to Google Play Store, BiP has gained more than 10 million downloads worldwide. And, within the past several days, more than 4.6 million new users have joined the platform, according to a press release Monday.

What makes BiP Messenger attractive is that you can send and receive messages, pictures, videos and documents for free, while enjoying high quality voice and video calls all in a single app.

Some specific features of BiP, includes making high quality voice and video calls to your friends or family, or have a meeting with groups of up to 10 persons.

Unlike WhatsApp, if you have two numbers, you can make and send messages on the same device with BiP.

BiP allows the messages of users to disappear from the chat screen within the time period you determine. Additionally, chats can be made more colorful and amusing by sending fun and entertaining stickers specially designed for BiP users.

Another unique feature that BiP provides to its users is the ability to transfer funds with the assurance that it’s safe, easy and reliable.

BiP also allows its users to send an SMS,  free of charge from the app to reach your contacts who are not yet using it.

Meanwhile, the BiP Translator allows an individual to translate both written and verbal words, and phrases from any language, to any language of your choice

There are also a wide variety of free and exciting games for you to choose from the app. 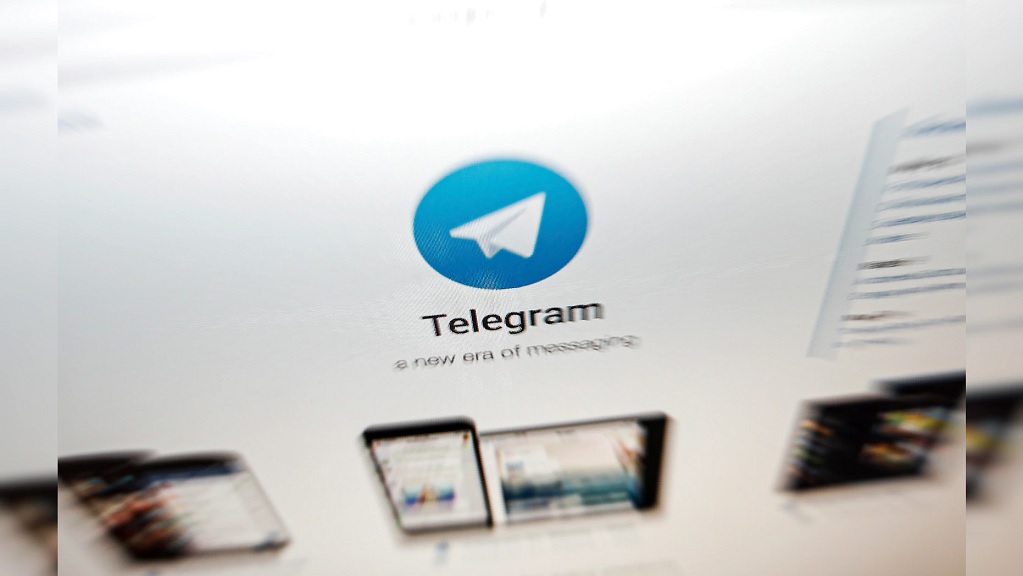 Telegram is a freeware, cross-platform, cloud-based instant messaging software and service that is available for download worldwide. Its operational centre is based in Dubai.

Among the features of Telegram is that it enables secret chat and its chats are user-to-server encrypted. However, you can opt-in to what is termed ‘Secret Chat’ on Telegram to bring full end-to-end encryption of chats. Secret Chats are designed to be temporary and do not get saved on Telegram’s servers.

Along with end-to-end encryption, Telegram also allows its users to lock their chats. Additionally, you can delete messages sent by the other users from your chat conversations.

In addition to users being able to send text and voice messages, they can send animated stickers, make voice and video calls, and share an unlimited number of images, documents (2 GB per file), user locations, contacts, and music through Telegram. 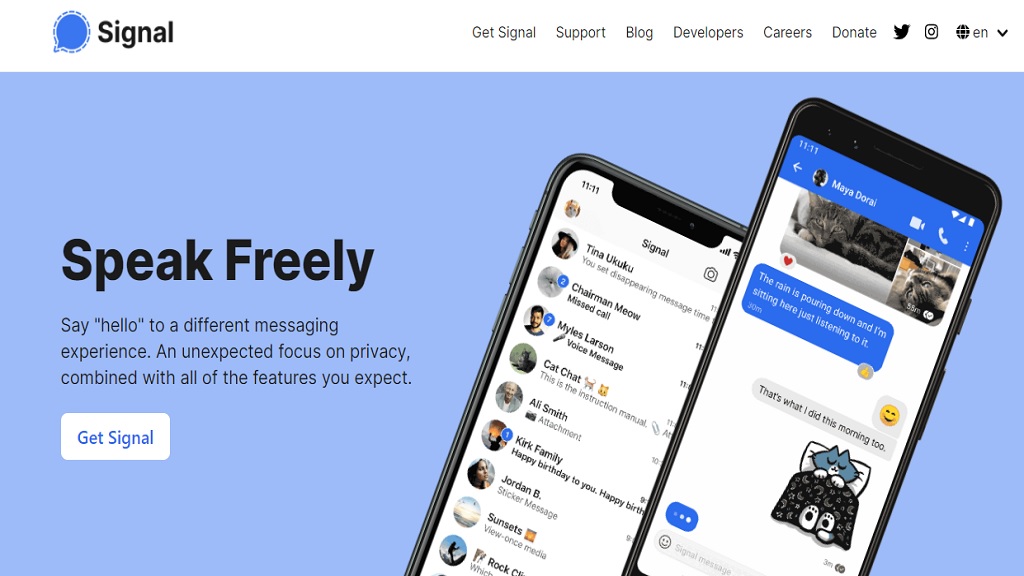 Signal is touted as a free, privacy-focused messaging and voice talk app you can use on Apple and Android smartphones and via desktop. A phone number is all that is needed to join, the app states on its website.

Communications on Signal are end-to-end encrypted, which means only the people in messages can see the content of those messages — not even the company itself.

And Signal has touted the latter on its website by stating that, “We can’t read your messages or listen to your calls, and no one else can either. There are no ads, no affiliate marketers, and no creepy tracking in Signal.”

Of note, Signal created the encryption protocol that other companies including WhatsApp and Skype use.

Aside from its privacy, users can text or make voice or video calls with friends, either one-on-one or in groups, and use emoji reactions or stickers just like in other apps. 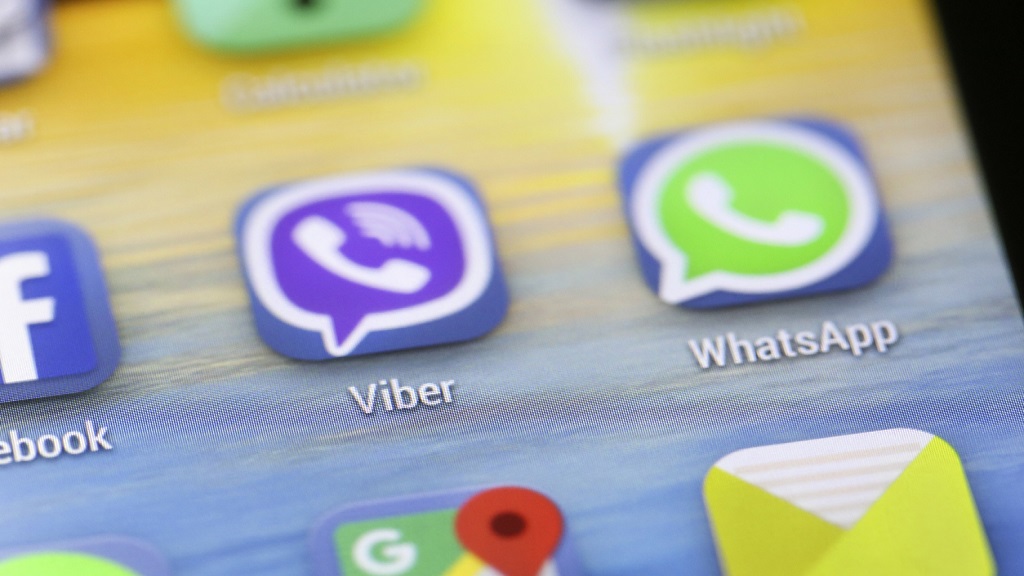 Viber is a free, simple, and fast messaging app, claiming to be the most secure, with video calling feature. It is operated by Japanese multinational company, Rakuten.

According to the Viber website, users’ messages are encrypted as they travel across the internet from their devices to recipients.

Further, Viber emphasises that encryption keys exist on user devices and nowhere else, meaning that no one – not even Viber – can read your messages.

Using one or more devices, such as mobile, tablet and desktop? Just like WhatsApp, your chats on Viber are 100 per cent synced between any device you use, according to the developers.

Meanwhile, all chats taking place on Viber are backed up to Google Drive, similar to WhatsApp. 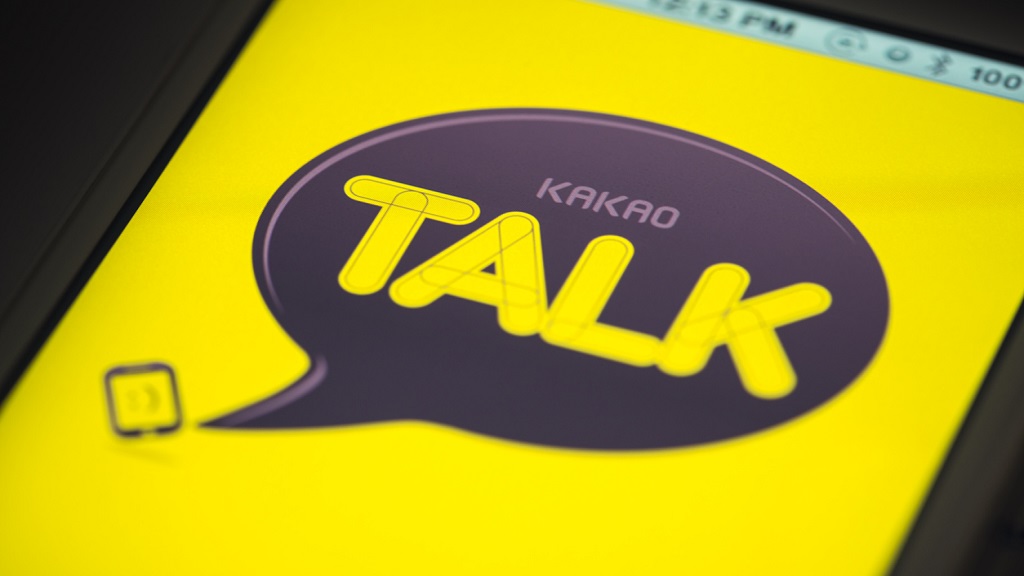 KakaoTalk is a fast and multifaceted messaging app for smartphones with free text and call features, operated by Kakao Corporation.

KakaoTalk has 45-million active users in South Korea alone, which is about 87 per cent of the country’s population.

Both one-on-one and group chats are available over WiFi, 3G or LTE. One of its unique features is that there are no limits to the number of people on a group chat.

Users can also search for friends by KakaoTalk ID without having to know their phone numbers.

Through the ‘Plus Friend’ feature, users can follow brands, media and celebrities to receive exclusive messages, coupons and other real-time information through KakaoTalk chatrooms. Users can also purchase real-life goods through the messenger’s ‘Gifting’ platform. 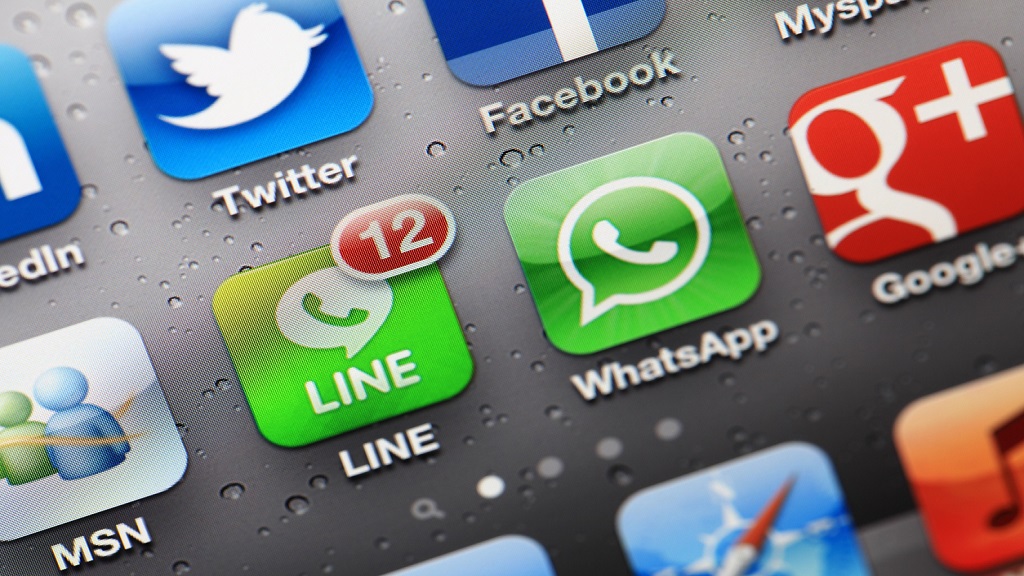 Line is a fun and secure texting app that originated in Japan. Developed as a disaster response tool to help employees of NHN Japan to communicate during the Tohoku earthquake and tsunami, it was subsequently released for public use and today offers secure end to end encrypted messaging with other cool features such as stickers and gifs.

There are also unique features such as ‘Line Out’ to make international calls to non-Line users, a ‘Keep’ feature to save favourite messages and photos et al. There is also a lite version of the app to facilitate users of smartphones with basic specifications.