One day after publication of independent testing of iPhone radio frequency emissions a law firm is making questionable comparisons, and is already asking people to reach out if they feel that they are impacted. 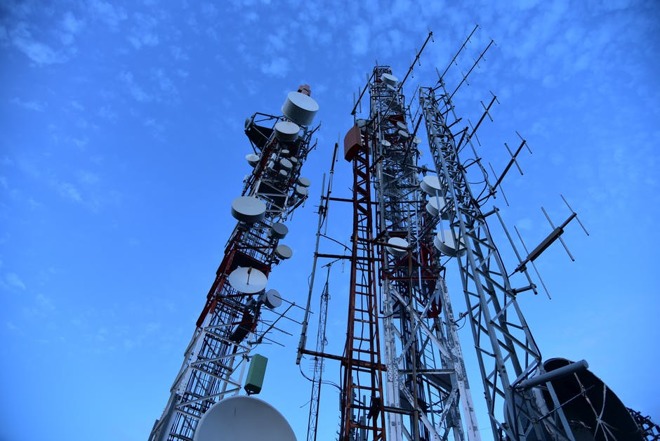 “The fact that the Chicago Tribune can convene a group of experts and develop such convincing findings shows that the phone manufacturers may be intentionally hiding what they know about radiation output,” said Beth Fegan, managing partner of Fegan Scott. “This could be the Chernobyl of the cell phone industry, cover-up and all.”

It isn’t clear where Fegan gets the impression that the two situations are even remotely the same. Ionizing radiation from Chernobyl disaster isn’t even close from a physical standpoint when compared the radio frequency emissions from the iPhone in the worst possible conditions. By any measure, biologically speaking, the ionizing radiation exposure from Chernobyl to those affected was several thousand of orders of magnitude worse than any given iPhone exposure.

“If we found that produce sold in grocery stores contained twice the levels of pesticides as the law allows, we would be up in arms, demanding the products be pulled from the shelf – this is no different,” said Fegan. “In this case, we know the cell phone radiation is dangerous, but the terrifying part is that we don’t know how dangerous, especially to kids’ brain development.”

Fegan was previously associated with Hagens Berman, and founded Fegan Scott in 2019. Hagens Berman is behind a iPhone battery slowdownclass action suit, a lawsuit alleging a “Critical” filter defect in the iMac and Macbook, and another alleging anti-competitive practices by Apple in regards to how it manages the App Stores.

The firm is requesting comment, or questions be directed to their email account designated for the matter. No suit has yet been filed.

Long-term research has shown no correlation to radio frequency exposure at limits up to its safe level, making allegations of a “dangerous” unlikely.

Federal limits for RF exposure to the populace are extremely conservative, and the testing is performed in absolute worst-case conditions. While the levels seen by the independent testing from Tuesday’s report are above that limit, the iPhone models in question do not pose any imminent safety hazard.

So, even with the proximity sensor on the iPhone 7 in question disengaged, at worst, the exposure is 3% of the safe limit, according to FCC exposure mandates.

Fegan says that owners or users of the iPhone 7, iPhone X, iPhone 8 and iPhone 8 Plus are potentially impacted. The firm also says that Samsung Galaxy S9, S8 and J3 owners may be, as well as users of the Motorola Moto e5 and G6.

However, in listing all of the devices, Fegan misrepresents the testing commissioned by the Chicago Tribune. Radio frequency exposure was over 1.6 Watts per kilogram when performed at a closer range —2mm —than the 5mm that the test is designed for. While the independent testing found a single iPhone 7 exceeded the limit at 5mm, nearly every other device did not when proximity sensors were properly engaged.

Courtroom challenges, if it gets that far

It will be nearly impossible for Fegan to prove consumer damage from radio frequency emissions. And even if an injury is proven to be from radio frequency, it will be impossible to narrow it down to the iPhone or any mobile phone given constant exposure from other sources, including household electrical wiring, wi-fi, microwave ovens, motors, and natural sources.

Additionally, the devices are properly certified by the US Federal Communications Commission, which also grants some protections to all the manufacturers. The FCC is promising to review the situation following the independent testing.

Apple has reaffirmed that the devices are properly tested, and is maintaining that the third-party selected for the testing didn’t perform the testing properly and under the right circumstances.

“All iPhone models, including iPhone 7, are fully certified by the FCC and in every other country where iPhone is sold,” Apple said in regards to the third-party RF testing. “After careful review and subsequent validation of all iPhone models tested in the [Tribune] report, we confirmed we are in compliance and meet all applicable exposure guidelines and limits.”

10 Benefits of Milk That You Never Knew Even When You...

11 Foods That Can Help You Look Younger

Video: Beenie Man and D’angel Back Together on Stage Dancing