A public figure in her own right, Krystal Tomlinson president of the PNPYO and popular media personality just happens to be the fiancé of Grammy Award-winning musician, King Beenie Man. The relationship with the deejay has brought her some unwanted attention, including the so-called feud she has going on with Beenie’s ex-wife, dancehall singer Michelle ‘D’Angel’ Downer.

Well the rumors have finally been put to rest. In a recent Instagram Live that she hosted on Monday, Krystal answered a direct question on whether she and Downer got along. She also expounded her opinions of the singer.

“Of course, like why wouldn’t we? What suppose to make we don’t get along” she retorted, further adding that Michelle is an excellent mother to her and Beenie’s son, Marco Dean. If anyone ever doubted D’Angel’s parenting skills, Krystal certainly cleared those blurred views and opinions by sharing that the Only You singer is an involved parent who is very family-oriented.

D’Angel and Beenie are legally still married but have been separated since 2010 after they tied the knot on August 22, 2006 at a pretty elaborate wedding. Their son Marco Dean is now 13 years old and is one of the seven kids for the Girl’s Dem Sugar deejay. Tomlinson gave birth to baby Xiah, Beenie’s last child in 2018. 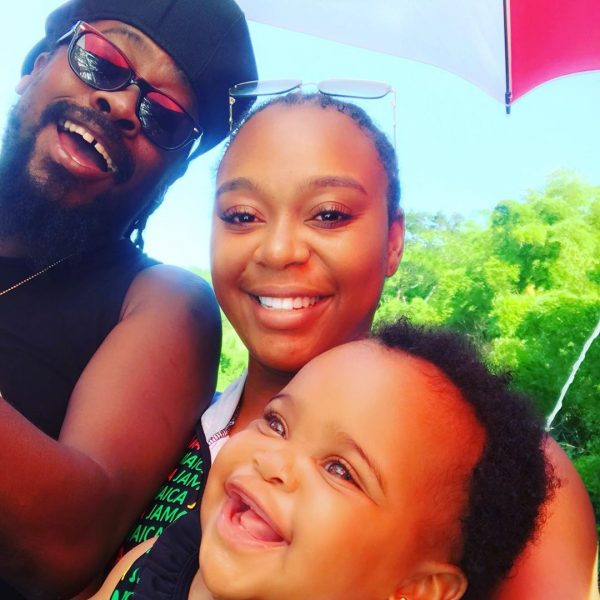 Beenie Man, Krystal Tomlinson, and daughter Xiah
Krystal said D’Angel has been instrumental in transitioning her son into his blended family. Making sure he (Marco) spends time with Beenie and his siblings as well his extended relatives. She added that Angel is a transparent co-parent that maintains open communication with not just Beenie but herself as well.

“She is a mature woman and she deals with issues as you would expect a responsible mother to deal with it. It’s not about her, it’s about her son and she is going to do everything to make sure his dad plays a frontal role in ‘their’ son’s life. I go on record saying … the day I met her, she has been that way, it has not changed … We live good,” Tomlinson said.

If that wasn’t enough, Krystal sent a message to all the online trolls that all the negativity they’ve been putting out there about she and D’Angel are far from the truth.

Beenie Man and Krystal have been together for 5 years and recently disclosed that they will be tying the knot very soon … as soon as baby Xiah starts walking as a matter of fact. Beenie says the divorce paperwork with Downer have all been signed and is awaiting processing.