By all accounts Jamaican entertainer, Foota Hype seemingly was released from a holding facility in Florida where he was being held at. Foota was detained several months ago by the United States Immigration and Customs Enforcement (ICE).

Foota was detained on December 14, 2019, when he arrived at Port Everglades Seaport in Ft Lauderdale. He was aboard the Independence of the Seas cruise, that travelled from Falmouth, Jamaica.

In December the case was dismissed against the controversial disc jock by a Florida judge, but he still remained there.   Sources revealed that Foota Hype’s legal team made a request for him to remain in custody in order to resolve his overall immigration concerns.

It was also revealed that Foota’s travel documents, which had allowed him temporary entry, had expired. The selector’s marriage to an American woman was reportedly dissolved before he was issued his green card.

“Based on his medical condition, Foota is qualified for release,” his Sister recently stated.

A check for Foota Hype’s name on a list of persons being held at the facility retruned negative.

Foota Hype’s good friend “Lockit” posted the pic below with the caption “Bun off Jamaica mi fam” earlier on Instagram, insighting that Foota will be returning to Jamaica as soon as possible. 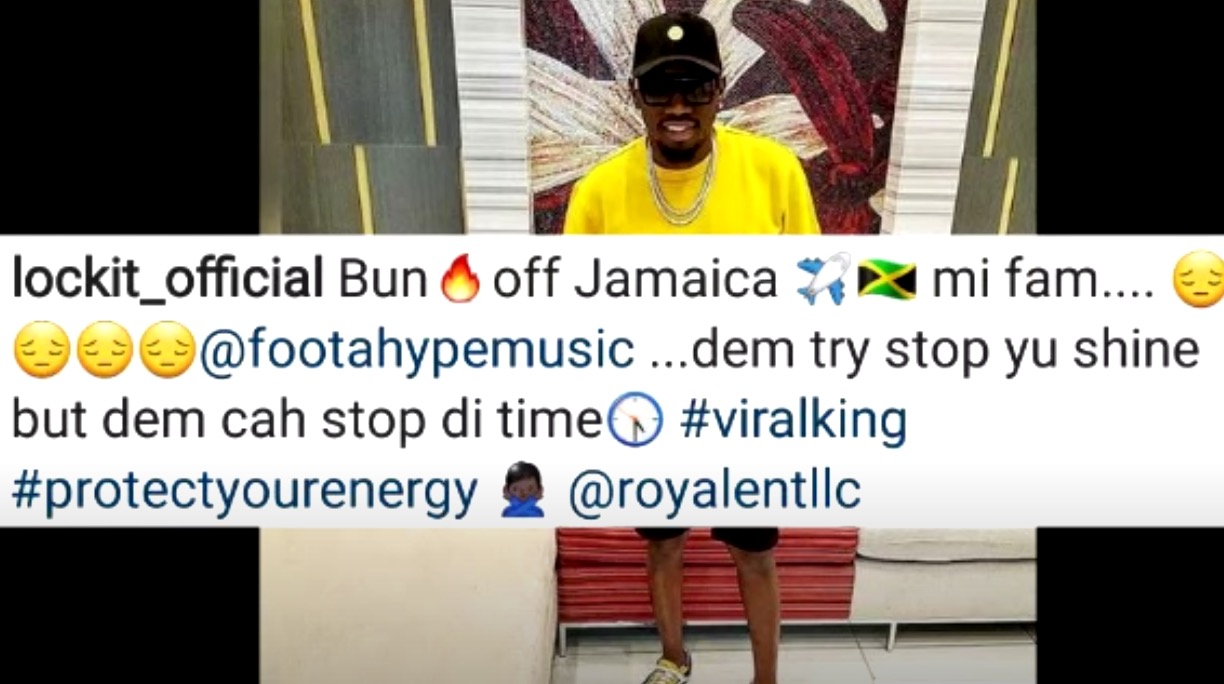 Even tho Foota is expected to return to Jamaica this may take some time because of the Travel ban.

The popular Jamaican disc jock was recently relocated from the Krome Service Processing Centre to the Broward Transitional Centre (BTC).   The facility, which is in Pompano Beach, Florida, has illegal immigrants and other “non-criminal and low-security detainees staying there.” It is also the place where new immigrants seeking asylum or residency stay.

There has been no post from Foota Hype so far on his social media pages, most notably Instagram, it’s common that persons in his situation are not allowed to go on social media nor interact with the public in any way as we see being done most recently with fellow released entertainer Tekashi 6ix9ine.

New York rapper Rapper Tekashi 6ix9ine was also released from a holding facility due to health concerns and the rapid spread of the Coronavirus.