Oneil Ricardo Thomas aka Foota Hype the Dancehall selector has chosen to remain in custody, in Florida at the Krome Service Processing Centre in the US, instead of returning to Jamaica his homeland.

A source revealed to the JAMAICA STAR that “He has no status at this time in terms of a document that allows him entry to the US, he could return to Jamaica at any time, but he prefers to stay and put his case before the court.”

After he appeared before an immigration judge on December 19, the court had dismissed the matter, his lawyers had asked for more time to resolve the overall immigration concerns.

These concerns arose after the Selector’s marriage to an American woman was dissolved before he was issued permanent resident status in the US, and his papers, which would allow him temporary entry in the country, expired. 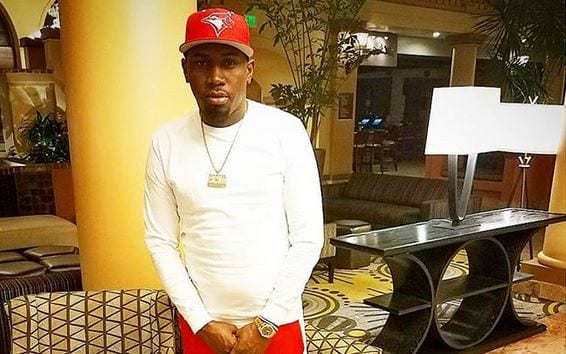 “He got married and applied for his green card; but before his green card status was finalized, he got divorced,” the source revealed and also added that Foota feels that his green card will come through soon.

A green card, which is known officially as a permanent resident card, is a document issued to immigrants under the Immigration and Nationality Act, is evidence that its holder has been granted permission to reside permanently in the US.

Thomas, who was a selector on the recent Welcome to Jamrock Cruise, before he was held on Saturday, December 14, when he embarked at Port Everglades Seaport from the Independence of the Seas after leaving the port in Falmouth, Jamaica.

Foota was held by ICE, US Immigration and Customs Enforcement and spent Christmas in Krome Service Processing Centre.

He is scheduled to appear before the judge again on the 20th of January.