Buju Banton’s daughter Abihail Myrie has been featured in Vogue’s tribute to the Black Lives Matter movement via the #VogueChallenge.  The challenge, which originated on TikTok, seeks to showcase the talents of Black creators.

In a post on Instagram, Abihail posted three images with the caption “because we’re manifesting it”. What started as a push back to systemic racism and media portrayals that excludes black faces and voices, might turn out to be the opportunity Abihail is looking for.

Myrie’s three photos, shot by Jamaican photographer Wade Rhoden, showcases her glowing dark skin and outfits that may just have been fitted by a top designer. 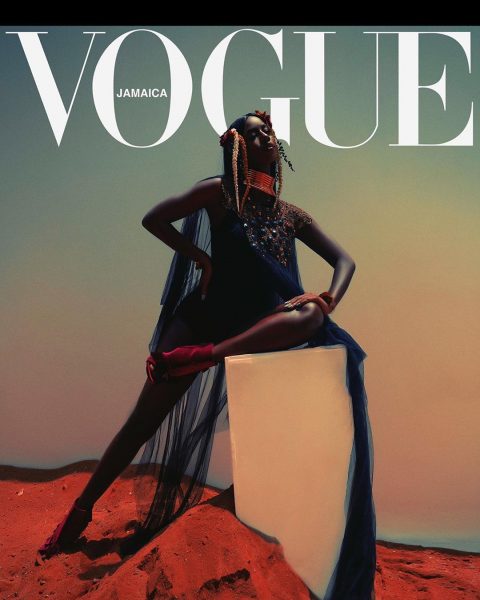 Abihail Myrie in the #VogueChallenge 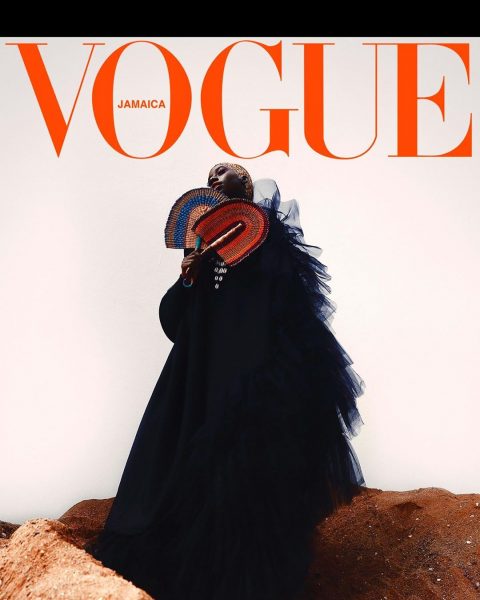 In a second image, her hair seems to be glossed over with sequins, while the photograph gives the illusion that she is buried beneath red dirt from her neck down.

Her father, Buju, proudly showed off his daughter, reposting one of the photos with the caption – “Abi my wailers, U go girl. Love u, baby,” with the hashtag #daughter.

Jamaican Neko Kelly aka “BootlegRocstar”, was also among the 13 Black creators who were recognized by Teen Vogue.

Meanwhile, Vogue featured two of the three photos of Abihail in an article on its website detailing the social movement behind the hashtag that is now trending as a fashion statement. The challenge was started by a student in Oslo, Norway, by making a statement that being black is beautiful.  Since then, many persons of African descent can be seen on the hashtag displaying their creative and stylistic abilities by posing and photoshopping themselves onto the cover of the magazine.

What’s important about social movements like these is that magazines like Vogue and other big fashion heavyweights have been caught appropriating black culture in many forms but have never seldom-used black artistes and models.

One example was the magazine shooting Kendal Jenner, who is Caucasian, with an afro in 2018. This is particularly contentious as black hair in its natural, unprocessed form is demonized in America and banned at school and in workplaces, aside from the fact that an African American model could have been chosen from the numerous talented models available. Vogue, who is led by Editor Anna Wintour, has come under fire in the last week for their deliberate exclusion of black creatives, models, photographers, and staff at the magazine. Vogue was called out during the uprising stemming from the George Floyd protests for having never used a black photographer in its 125-year history, until recently in 2018 when one was commissioned to shoot Beyonce.

Wintour herself was called upon to step down from Vogue for her long leadership that excluded African Americans. In an internal memo, Wintour is said to have apologized to the staff at the magazine for publishing images and stories that have been hurtful or intolerant,” and admitting to the company having too few employees of color during her 32 years tenure, The Guardian reported.

11 Shot, One Fatally, At Party In Portmore

iPhone 12 cameras can only be replaced by official Apple technicians,...